Techniques of Mourning / Protocols of the Sacred 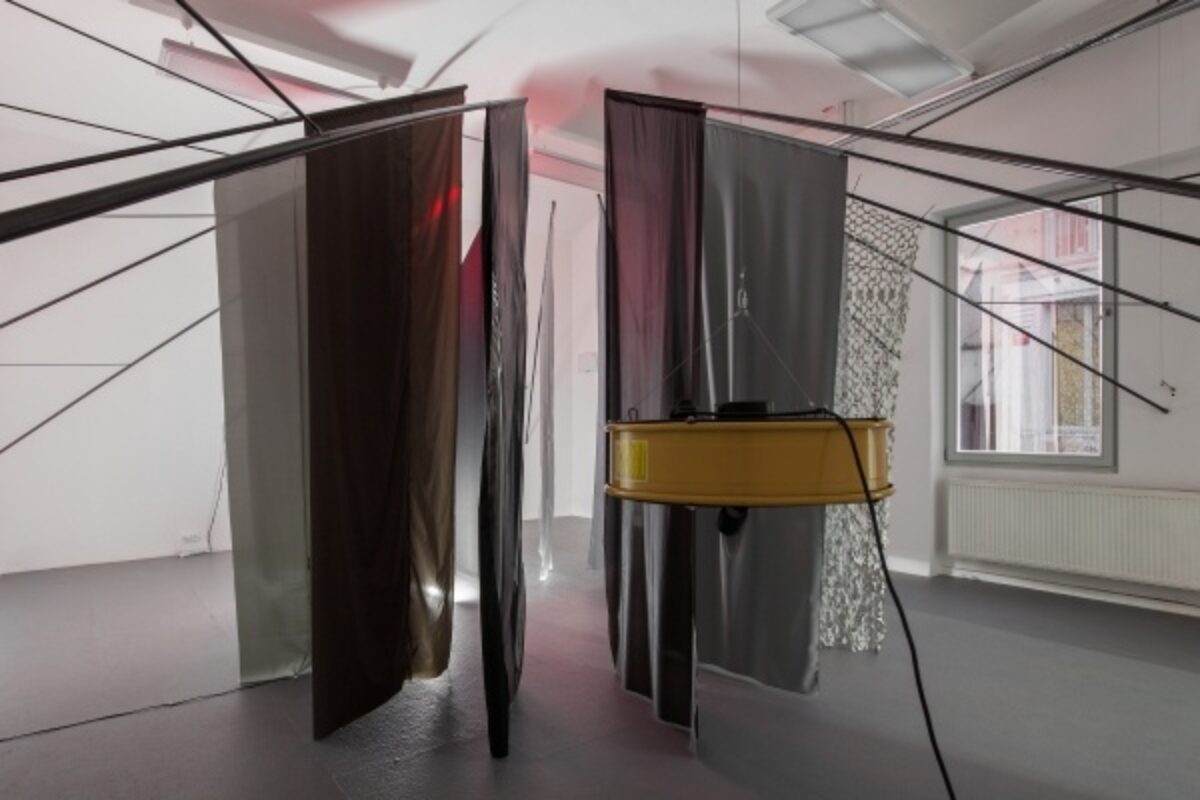 One of the main theses of the French philosopher Paul Virilio was that every technology produces its own, integral accident. Mass electricity outage is possible only after the invention of an electric network; a train crash is possible only after the invention of railway. These accidents can sometimes be simple coincidences (we can usually survive an electricity outage without injury), but other times true catastrophes (derailments often have many casualties). Near the end of his life, Virilio begun to contemplate what could be the integral accident, not of some specific technology, but of technological modernity as such. Benjamin Bratton brought up possible dystopic answer: the integral catastrophe of technological modernity is the climate crisis. Another answer, which is also the subject of this exhibition – and it is directly linked to the first one – is an idea that the integral accident of technological modernity is the return of the hidden sacred and sacral tendencies in society. The saints are coming.

At first sight, the automation of the sacred is a paradox topic – isn’t spirituality in sharp contrast with technology, which has been disenchanting and secularizing the world? The canon of secular society strictly denies the permeation of these two spheres. And yet: mobile phone applications for astrology, interpretation of tarot cards or spiritual exercises enjoy mass popularity even in the renowned atheist country such as the Czech Republic. The foundation of the sacred is not so much the intellectual construction of the Creator or the heavenly order, which controls our fates, but the aesthetics and performativity of the rituals: aroma of the incense, kneeling in prayer, turning the prayer wheel, pilgrimage to the Holy Land, fasting or, avoidance of labour on the day off, etc. Where repetition and regularity is present, there can also be automation and inscription of the given practice into the memory of technological infrastructure. Modernity is just the continuation of sacral tendencies otherwise.

Then the question arises: Can we seize the persistence of the sacred in our cultures as an opportunity to create new models of collective practice? And what would that be good for? If the climate crisis is an integral catastrophe of modernity, the answer can be precisely the return of the sacred as the integral coincidence of modernity. Organic movements of the choreography of people and things mourning the truth of the mass species extinction, carry the promise of a society liberated from the toxic affects of satisfying one’s personal needs, just like from the toxic interventions into the planetary ecosystem, which confront us with the necessity to rethink collectivity not as a product, but as the foundation of cultural interactions between people and things. Mourning to come, God to come.

More info about the exhibition
https://www.galeriejeleni.cz/en/2019/techniques-of-mourning-protocols-of-the-sacred/