On Computational Layers and Self-calculating Nature

In an interview for Theory, Culture & Society, Friedrich Kittler captured far more than a simple intuition that technologies of calculation are not a recent invention. If “silicon is nature calculating itself,” then technologies of calculation are indeed heir to one of the oldest disciplines in nature, collectively performed by all matter, from elementary particles to planetary ecosystems. In this process, the essence of computation becomes visible: rather than being abstract, calculation is a material operation that produces difference and is thus politically significant. The question, “How do we calculate?” and therefore, “How do we think?” is a political one, because the technologies of abstraction produce the material world in which we live. As in the scandalous naturphilosophie of Friedrich Schelling, which likewise connects the natural to the abstract, philosophy is the “natural history of thought,” it is literally the “production of nature,” inclusive of all thought.

The political theology of platforms

That all matter is computational in origin is the metaphysical axiom of The Stack: On Software and Sovereignty, an exceptional book by sociologist, media and design theorist Benjamin Bratton. The Stack is an innovative critical dictionary suitable to often exotic contemporary geopolitical situations, where – due to the invasion of digital platforms into both everyday life and economic infrastructures – the matters of responsibility and accountability are muddled. Let us consider an example: a Japanese citizen records unspecified data during her stay in Beijing. These are stored on a server located in international waters, somewhere near Vladivostok. Later, an American child accesses the data and commits a crime in Brazil from an internet café in Las Vegas by, for example, breaking into a bank account of the local HSBC branch. Do you consider this example absurd? Of course! But bear in mind that these bizarre events are nowadays becoming commonplace. In this world of planetary-scale computation, national and international jurisdictions collide with tectonic plates of cloud platforms, thus mutually constituting previously impossible configurations, alliances and enmities. Who would have guessed twenty years ago that one of China’s greatest enemies would be a digital platform? And yet that is exactly the case – as Bratton poignantly describes, Google and China are waging a cybernetic trench war on a marvelous scale across a thick layer of internet firewalls.

As noted also by McKenzie Wark, Bratton’s opus magnum takes up Paul Virilio’s idea that every technology creates its own kind of accidents and disasters. This relationship works also inversely – accidents procreate technologies, to the extent that Bratton describes the Stack as predominately an “accidental megastructure.” Besides Virilio, Bratton draws heavily upon the work of philosophers Giorgio Agamben, Michel Foucault and Carl Schmitt. From Agamben and Foucault, he borrows the careful examination of institutions and material infrastructures, and from Schmitt, he takes up the programmatic core of his research agenda – an inquiry into the parameters of sovereignty in an ever more granular (and also grainy) geopolitical reality of the 21st century. To some extent, Bratton somewhat sympathizes with the good old historical materialism of the young Marx and Engels – especially when turning to the thesis from the Communist Manifesto that capitalism produces its own grave-diggers. And yet, in carefully following the unfamiliar historical trajectories, evolutionary processes, cul-de-sacs and fantastic destinies of socio-economic forces at the turn of the millennia, Bratton’s approach overcomes the somewhat schematic drafts of Marx’s early works.

What is the Stack? At a first glance, it is a platform, or to put it more precisely, a “platform of platforms.” Hearing the word “platform,” one is usually tempted to think of today’s digital corporations – Google, Airbnb, Amazon, Alibaba, Baidu, Uber, Facebook, WeChat, and so on. Bratton’s understanding of platforms is wider. A platform is defined as “standards-based technical-economic system that simultaneously distributes interfaces through their remote coordination (thus allowing the interaction between Users and platform through smartphones, ATMs, the Internet of Things, chips, sensors, etc.) and centralizes their integrated control through that same coordination,” therefore allowing or restricting access to information and data, inputs, calculative capacities, communications among users, user experience optimization, and so on. For this reason, platforms are “generative mechanisms,” dictating the conditions of usership based on their protocols or programs, and of participation in any given Cloud polis.

Google, Facebook, Amazon and Apple represent four emblematic platform models, which Bratton laboriously describes, categorizes, compares and evaluates. Alongside states and markets, platforms represent the third institutional form that integrates distributed computational processes of market systems with the central governance of state apparatuses. (Bratton compares Google with the Soviet cybernetic experiment Gosplan). In this way, platforms bear a unique form of sovereignty, based on automatizing and centralizing computational operations of pattern recognition, anomaly detection and access restriction, as well as their subsequent redistribution into peripheral interfaces, where the results are recalculated among the member of every User community. In this way, “the User” is a specific type of political subjectivity generated by the Stack. Therefore, the User is (as compared, for example, to a state citizen) any entity that can be addressed within the Stack – from bots through intelligent thermostats and humans with smartphones in their pockets, to cybernetically generated organisms, or even to autonomous prosthetic organs networked in the future bionic internet of things (a network of objects and interfaces connected through the internet).

Finally, the Stack is not merely a platform – it is an amalgamation of platforms and other infrastructures, intertwined in a planetary cluster. Bratton gradually identifies its six layers: Earth, Cloud, City, Address, Interface, User. In the Stack, territories are not synonymous with the borders of nation states. This horizontal structure can be bypassed by moving vertically through the six layers of the Stack: on the one hand, bits of information can travel from Users back to the infrastructures in City, Cloud or Earth layer, and on the other hand, material-energy flows are propelled from tectonic undergrids of the Earth, transformed into information and delivered to their end recipients – whether that means web spiders, self-driving cars or human beings.

This layered Stack is generally opaque, its insides pumped through trans-oceanic optic cables and spilled in the dark chambers of atomic bunkers, which themselves have been transformed into server farms belonging to the corporate titans of the virtual world. With the dawn of the internet of things and the arrival of robotic armies of door-to-door delivery drones, this object becomes inexplicable and omnipresent at the same time. The surface of the world becomes the universal interface of the Stack and technology becomes the (living) environment, an expansion culminating in the ascent of augmented and virtual reality. With elements increasingly hard to differentiate, the care for one’s soul becomes the care for one’s apps, smart digital prostheses and user identities.

In consequence of this architecture, the relationship between the platform and the User, like the one between the exception and the rule, becomes liquid and reversible. One molds the other in a dual asymmetry: platforms program Users and Users re-program platforms. The boundaries between individuals and infrastructures become inherently fragile, so that infrastructures themselves become bearers of ideology, and their architecture as well as design turn into normative, political endeavors as the Brazilian architect Alejandro Zaera-Polo shows. The solution to such a dual asymmetry must be political. Our goal should be not only to demand but also to build platforms where users have the final say, rather than allowing for the platforms to control us. The internally ambiguous architecture of the Stack invites us to actively engage in its bending and modulation towards a post-capitalist future.

Bratton provides us with a rather realistic picture of the end of capitalism. This does not mean its instant disappearance from the planet’s surface. Quite the opposite – whether capitalism will be followed by a neo-socialism, or a neo-feudal secession (poignantly dubbed by Bratton as cloud feudalism), or both at once – the dissolving specter of the old order will keep on haunting us for a few centuries. The inertia of contemporary climate change policy is a good example. In order for the undead body of capitalism not to dim our political horizons and not to crush the very possibility of a planetary community of things (including people), we need, in the first place, to invent a new form of political traffic, which would resemble a collective project of engaged geo-design in the fullest sense of the term – less silly geoengineering, more sensitive geopoetics. Such a project needs to take a planetary perspective of the Earth as a geophysical unity; that is, what writer Kim Stanley Robinson calls comparative planetology. As noted by Bratton, comparing two planets does not have to mean flying to Mars – perhaps it is more a question of imagining the difference between the Earth-we-have and the Earth-we-want. The colossal size of the Stack, as a result of uneven historical processes, allows us to finish the gesture of political ecology – to make the Earth the central political problem of the 21st century. If the slogan of the progressive environmental and climate justice movements, such as the German Ende Gelände or the Czech Limity jsme my is the now-famous slogan “We are nature defending itself,” we should excitedly acknowledge it, but also add in the same breath: “We are nature calculating itself!” 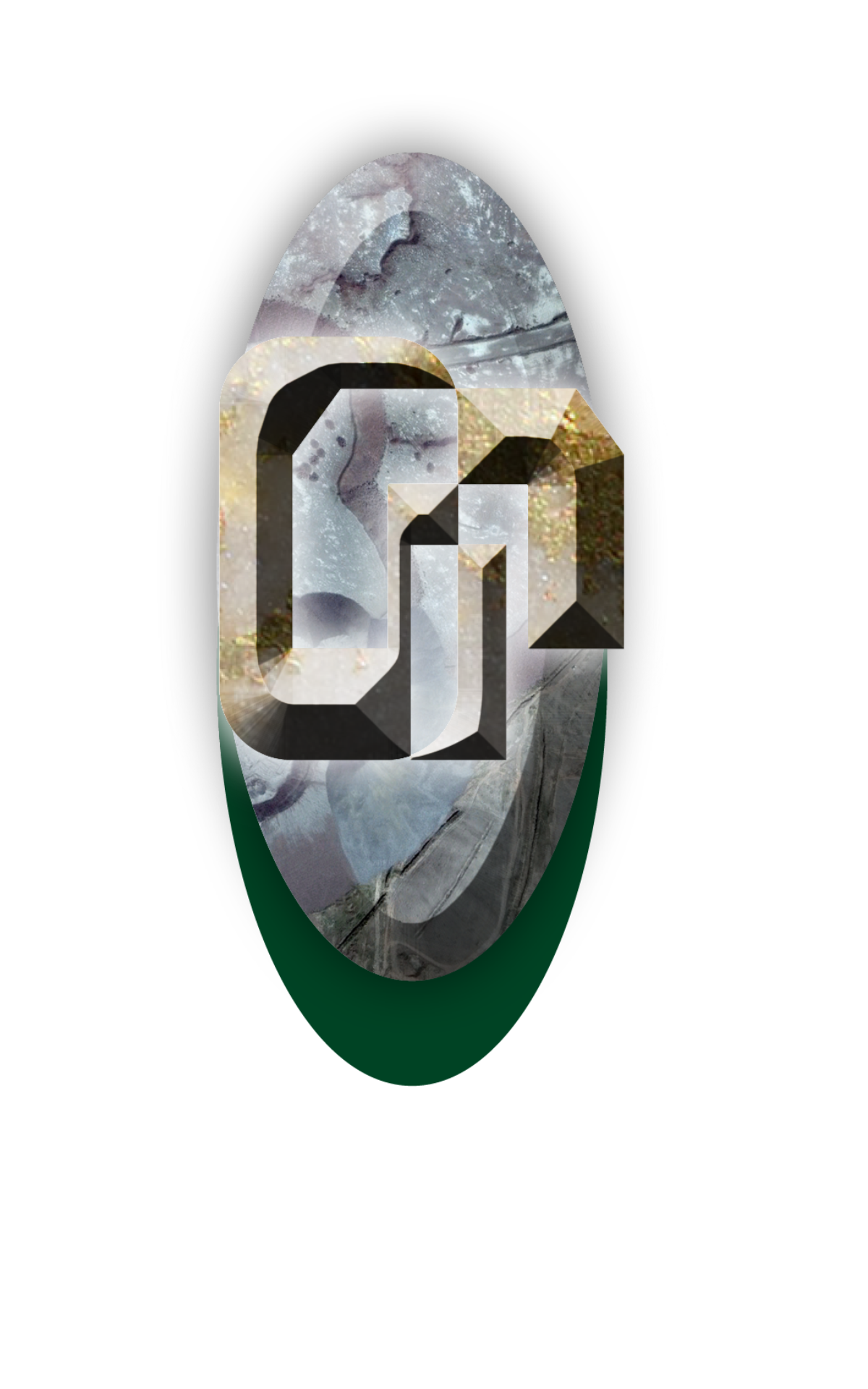