A Blueprint of the Theory of Apparatuses

lecture for an exhibition Polyamory Design Unit by Martina Růžičková 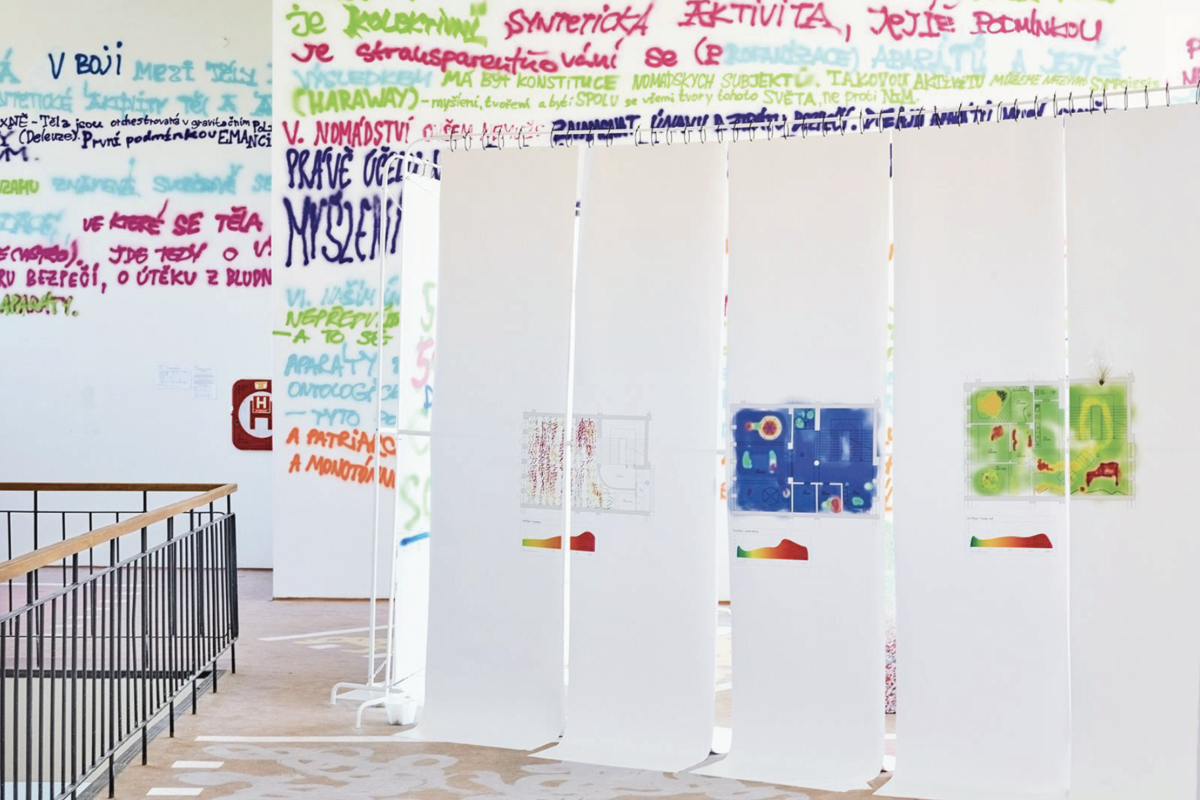 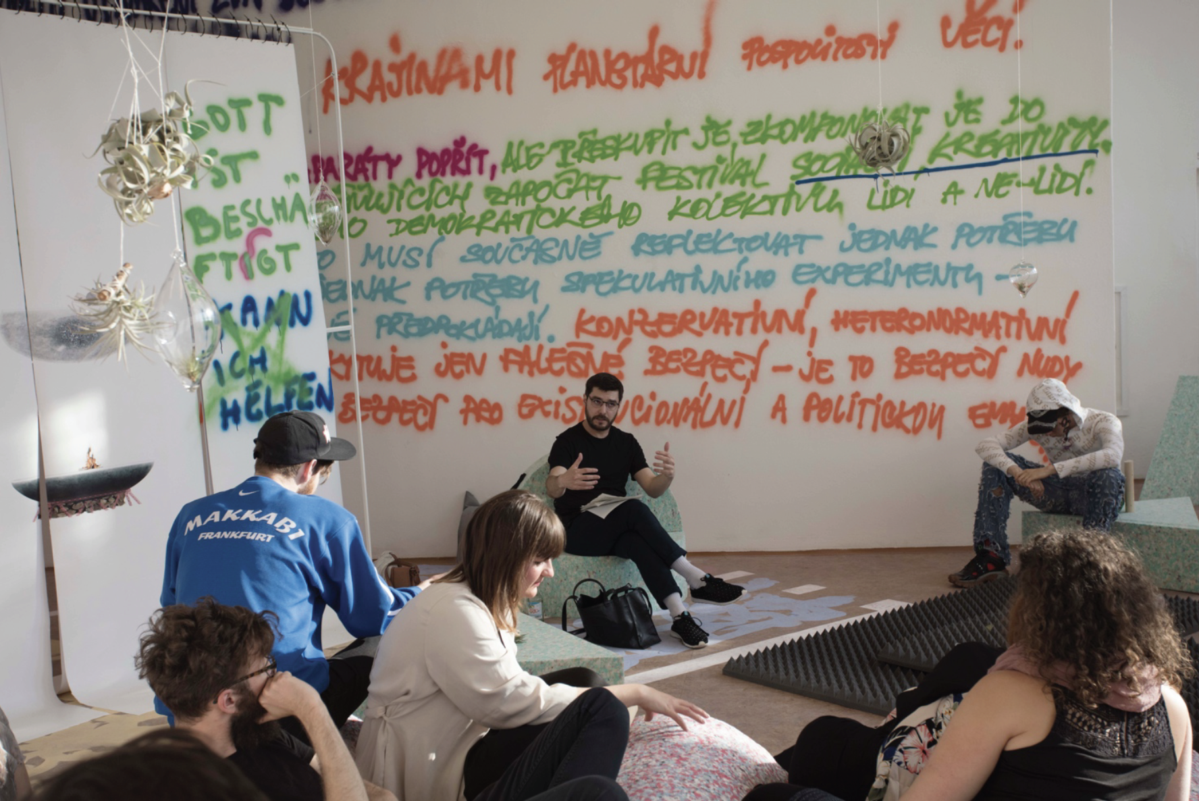 Nowadays, relative positions of bodies and apparatuses are strictly given – bodies are orchestrated in a gravitational field of enigmatic apparatuses. Subjectivities thus arose are subjected to control (Deleuze). Questioning this asymmetric relation of bodies with apparatuses is the sine qua non of any emancipation.

Making kin equals to the deliberate withdrawal from the principles of social, economic and ecological predation (Viveiros de Castro); the deliberate withdrawal from the principles that navigate bodies embedded in the network of contemporary apparatuses. What is at the stake here is the negotiation of the safe space, the possibility of the escape from the vicious struggle between bodies and apparatuses.

Close encounters of the equal bodies result in the collective synthetic activity. This activity presupposes profanation of apparatuses, yielding thus the constitution of nomadic subjectivities. We can call this activity sympoiesis (Haraway) – thinking, creating and being with rather than against all the critters of the world.

Nomadism should not lead to exhaustion and lost safety. An important objective of apparatus design is to procreate the safe oases of serenity, where one can find refuge on the pilgrimages through speculative alleys of the mind and actually-existing landscapes of the planetary community of things.

Thus, our aim is not to abandon apparatuses, but to reconfigure and rearrange them in novel formations, so that a festival of the social creativity might erupt – with the wide and democratic share of humans and non-humans. Any future apparatuses should always recognize demands for ontological security on the one hand and for speculative experimentation on the other hand, since these needs are mutually dependent. Conservative, cis-heteronormative and patriarchal reaction promises nothing but false warranties – it can guarantee only boredom and blind invention, not safe spaces for existential and political emancipation.

The design brief for post-capitalist apparatuses cannot result in mindless piling up of random elements. Even if it is true that we desperately seek for a space of new syntheses, there must be some element of subtraction to prevent us from falling into the kingdom of infinitely reflexive mirrors.

The element ought to be subtracted is capital as a specific mode of abstraction and calculation of the world – only then the pluriverse of human activities can fully blossom. Capital stands here for the abstract logic governing concrete acts of social predation.

Not just love, but reason also craves for new interiors; for new territories.

Society can be best approximated as a collective passionate life. For this reason, inclusive and educated manipulation with bodies through apparatuses is simultaneously a reinvention of desires and subsequently a reinvention of the whole form of life as such (that is, of the general horizons belonging to our subjectivity). The object and the mode of our desiring falls under the scope of political imagination – and at every historical moment, we can change our desires by using apparatuses to modify our bodies.

Living in the post-capitalism means more than meeting human needs, say under conditions of full automation and universal basic income. It is, first and foremost, the quest to invent completely new desires, securely grounded in the educated manipulation with apparatuses.

Queerness is not yet here. Queerness is an ideality. Put another way, we are not yet queer. We may never touch queerness, but we can feel it as the warm illumination of a horizon imbued with potentiality. We have never been queer, yet queerness exists for us as an ideality that can be distilled from the past and used to imagine a future. The future is queerness’s domain. Queerness is a structuring and educated mode of desiring that allows us to see and feel beyond the quagmire of the present. The here and now is a prison house. We must strive, in the face of the here and now’s totalizing rendering of reality, to think and feel a then and there. Some will say that all we have are the pleasures of this moment, but we must never settle for that minimal transport; we must dream and enact new and better pleasures, other ways of being in the world, and ultimately new worlds. Queerness is a longing that propels us onward, beyond romances of the negative and toiling in the present. Queerness is that thing that lets us feel that this world is not enough, that indeed something is missing.

— Jose Esteban Munoz, from Cruising Utopia: The Then and There of Queer Futurity