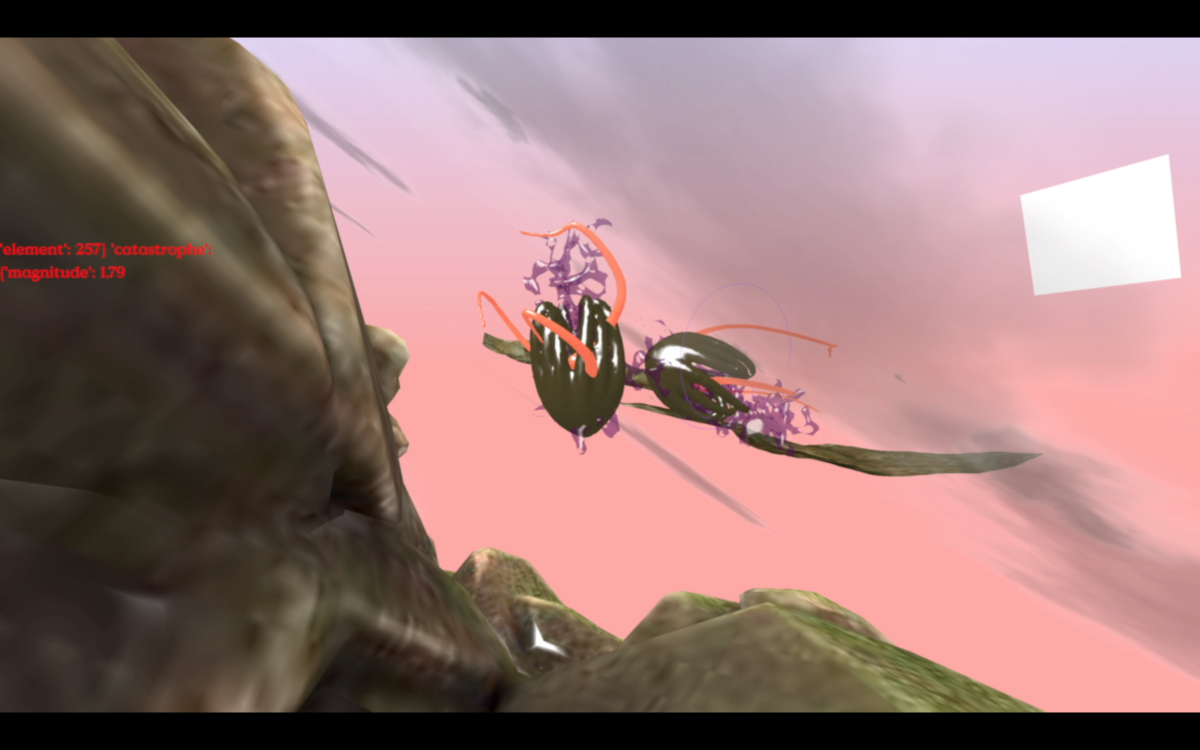 One of the main effects of the increasing diversity of machine species in our epoch is slow but dramatic change in the composition of Earth’s landscapes. What we used to call “nature” has become populated by artificial objects: small and large, pervasive and ubiquitous, moving and standing, swarming and looming. Today, this transformation has culminated in the emergence of automated landscapes. Populations of sentient machines are taking over not only our cities, but also remote locations, not meant to be visited by humans — and if visited, then just by way of accident or curiosity. We are slowly being evacuated from industrial parks, logistical hubs, agricultural fields and vast countrysides, and we can expect that this process will soon move to even more distant locations, such as mountain regions and pristine valleys. Take the example of the Rotterdam container terminal: it was once a place full of vibrant energy which was radiated by human muscles moving and organising goods. Now, the energy of those muscles has been replaced by the discreet buzz of (semi-)automated creatures. Or take the Pearl River Delta, with its agriculture zones serviced by drones and increasingly automated factories managed by smart apps.@@1 These new landscapes are still waiting to be properly imagined and visualised and on top of that, they pose some unprecedented design challenges. In particular, one may ask: What are the strategies of machine-to-machine interaction in these contexts? What are the address and identity protocols suitable for such automated environments?

In order to provide provisional answers to these questions, we decided to build a simulation. We call it alt’ai, and it is inspired by the rich aesthetics, landscapes, and cultural practices of the remote Altai mountain system, stretching over the borders of four countries: Russia, China, Kazakhstan and Mongolia. The simulation itself is an agent-based, self-evolving and complex system. It develops within a feedback loop between agents, behaviours (called rituals) and environments extracted from the Altai region. It thus presents a sort of world-in-itself: as Galina Balashova’s spaceships and modules@@2 or Biosphere 2 are experiments in creating physical versions of closed systems,@@3 alt’ai enacts the same manoeuvre of interiorisation in the simulation space. As a visual meditation, alt’ai makes an allusion to the rules of visual perspective in automated landscapes. As a self-generating repository of unique snapshots that capture instances of interaction among the agents in the simulation, it provides instrumental reference for the development of future machine-to-machine interaction protocols. This whitepaper aims to unpack the conceptual and technological background of our simulation, and argues for a heavily aestheticised approach to the design of machine interfaces in future automated landscapes. Such a mode of design practice consciously aims for building productively inefficient and information redundant systems, and it exploits insights from philosophy, architecture, software engineering, ecology or evolutionary sciences to achieve this goal.

What are the stakes of this project? The gesture of alt’ai begins with staging future automated landscapes in the environment of computational simulation and proceeds to reverse-engineer the technological solution for authentication protocols within this self-enclosed and evolving space. Rather than directly proposing the solution, we have proposed a virtual ecology that can foresee and resolve it on its own. For this reason, one may say that alt’ai works like a petri dish that grows machine images. But beyond this utilitarian design goal, we use alt’ai to critically approach certain general trends in contemporary culture of design and technology innovation.

First, we tackle the reduction that entities can be addressed only as quantifiable clusters of properties called data.@@4 Instead, we investigate a qualitative mode of identification based on recording patterns of entities’ behaviours, that takes each entity as a cohesive and dynamic whole. Operational images are today used only in the aforementioned quantitative, reductionist manner (e.g. QR codes). What if we let them express irreducible qualities instead? In relation to automated landscapes and its future users, one may follow here the way our intuition is expressed by Bratton (2015: 362): “[L]ike Darwin’s tortoises finding their way to different Galapagos Islands — the Cambrian explosion in robotics sees speciation occur in the wild, not just in the lab. [...] In the construction of the User as an aggregate profile that both is and is not specific to any one entity, there is no identity to deduce other than the pattern of interaction between partial actors.”@@5

Second, borrowing from research in evolutionary biology and theory of complex adaptive systems (CAS), we propose general intelligence as emergent property of CAS. The structure of this intelligence consists of patterns of heuristics, motivations and tendencies intrinsic to agents and their environments. If you imagine future automated landscapes, the survival of the artificial agents needs to be driven by implicit, quick and adaptable strategies, rather than explicit rule-based logic.@@6 The environment must be allowed to shape and morph the agents and the agents need to be prepared to withstand these evolutionary pressures. Moreover, instead of mere representation, this intelligence is directly enacted in the simulation. This point hints at our last stake: we engage with a very idea of representation in critical fashion on multiple layers. alt’ai is not representation of Altai: it has no authoritative claim over the territory it is roughly inspired by. One cannot get much of an impression of what Altai is like as a physical space from our simulation. Further, alt’ai is not a representation of a computational process. In alt’ai, code and picture are one side of the same coin — here, the manipulation of algorithms via images is concomitant to manipulation with text-based code infrastructure.@@7 Images do not represent algorithmic processing — they are these processes (Farocki 2004). Moreover, the simulation does not hide that it is a simulation — it exposes its “underlying” backend to public view and maps this infrastructure directly into its visual manifestation.

One final remark before the end of this introduction. As practitioners and researchers, we come from very different disciplines: software engineering, data visualisation, philosophy and architecture. To create alt’ai, we gave up our disciplinary habits and boundaries. We are acting in a deliberately anti-disciplinary way to open a conversation about frontiers of design in the Anthropocene. That is, we became someone else through this project. First, we became collective rather than sum of individuals bringing their skills into a group. Second, we temporarily inhabited exteriors of our disciplines and engaged in methods only indirectly related to them — discussing sound design or doing natural language processing instead of staying on firm ground of philosophy writing, human-centered storytelling or affirmative data visualisation.