Aesthetics, Ecology and Google AI: A Preliminary Inquiry into Xenorationality

In Denis Villeneuve’s motion picture Arrival (2016), humanity is faced with a visit from aliens communicating in a completely incomprehensible language that reflects the unique way they perceive reality. In contrast to earthlings, they do not structure their experience according to a time arrow delineating past, present and future. Presumably, they instead perceive the temporal dimension as a plateau where events happen simultaneously. In order to give us a glimpse of this experience, they invite us to learn their language, which can subsequently convey to us a novel view on temporality. This speculative plot represents a universal dilemma the present paper attempts to cover conceptually: How are we to comprehend, and negotiate with, alien forms of existence such as an animal, an artificially intelligent computer, a complex ecosystem or indeed an alien creature on a visit from its home planet in a galaxy far, far away? And how can some alien force imprint onto the human mind a glimpse of its own principles of assembling reality?

Of course, the plot of Arrival is but a metaphor. This paper does not solve communication with aliens, but it does bring to the fore a small conceptual novelty: the idea of xenorationality. Arguably, the incredibly slow geological time of mountains and oceans, the algorithmic comprehension of AI systems or perhaps higher-dimensional perception could be listed as xenorationalities. The main idea of the paper is that aesthetics constitutes the primary means of making manifest and comprehending xenorationalities.

For this reason, it employs the conceptual apparatus of the so-called speculative realism (SR). This philosophical movement goes beyond the Kantian “Copernican Revolution” – the pivotal precondition of contemporary Western philosophy – in the Anglo-American as well as Continental tradition. In particular, the kernel of Kant’s theoretical credo is identified as the establishment of an exclusive mode of access to external reality, by means of pre-structured cognitive faculties of the human mind (a priori forms of sensibility – time and space – and of reasoning – twelve categories).@@2 The wit of this pre-structuring lies in the inherent distortion of all experience and concepts of the world, which consequently grants Kant the possibility to refuse comprehension of objects in their autonomous reality. The prominent SR philosopher Quentin Meillassoux labels this insight as correlationism: “the idea according to which we only ever have access to the correlation between thinking and being, and never to either term considered apart from the other.”@@3 Subsequently, SR aims to provide tools for overcoming the vicious circle of the supposedly distorted human access to reality, thus attempting to reclaim “the great outdoors, the absolute outside of pre-critical thinkers”.@@4 SR philosophers achieve this divorce from the Kantian tradition by manifold means: some draw on Leibniz, others on Alfred North Whitehead, still others on Descartes or Alain Badiou, and some link their accounts to Aristotle, Nietzsche, Schelling or Heidegger and Husserl – or perhaps all of the above.@@5 The task of this paper is truly straightforward – to build upon particular premises of Meillassoux’s SR theory in order to elucidate possible consequences of speculative philosophy for aesthetics and the role of aesthetic experience. The speculative position is held here naively and deliberately – the paper simply demonstrates how one can engage with SR, given the ambivalence, informality and internal inconsistency of the movement. For this reason, the paper bears the subtitle of “preliminary study” – it is rather an exercise in adopting a new and barely explored theoretical framework than a full-blown philosophical analysis. However, this task is certainly not taken lightly. On the contrary, I believe that SR is actually on to something substantial. This brings me to my two main motivations for writing this paper. 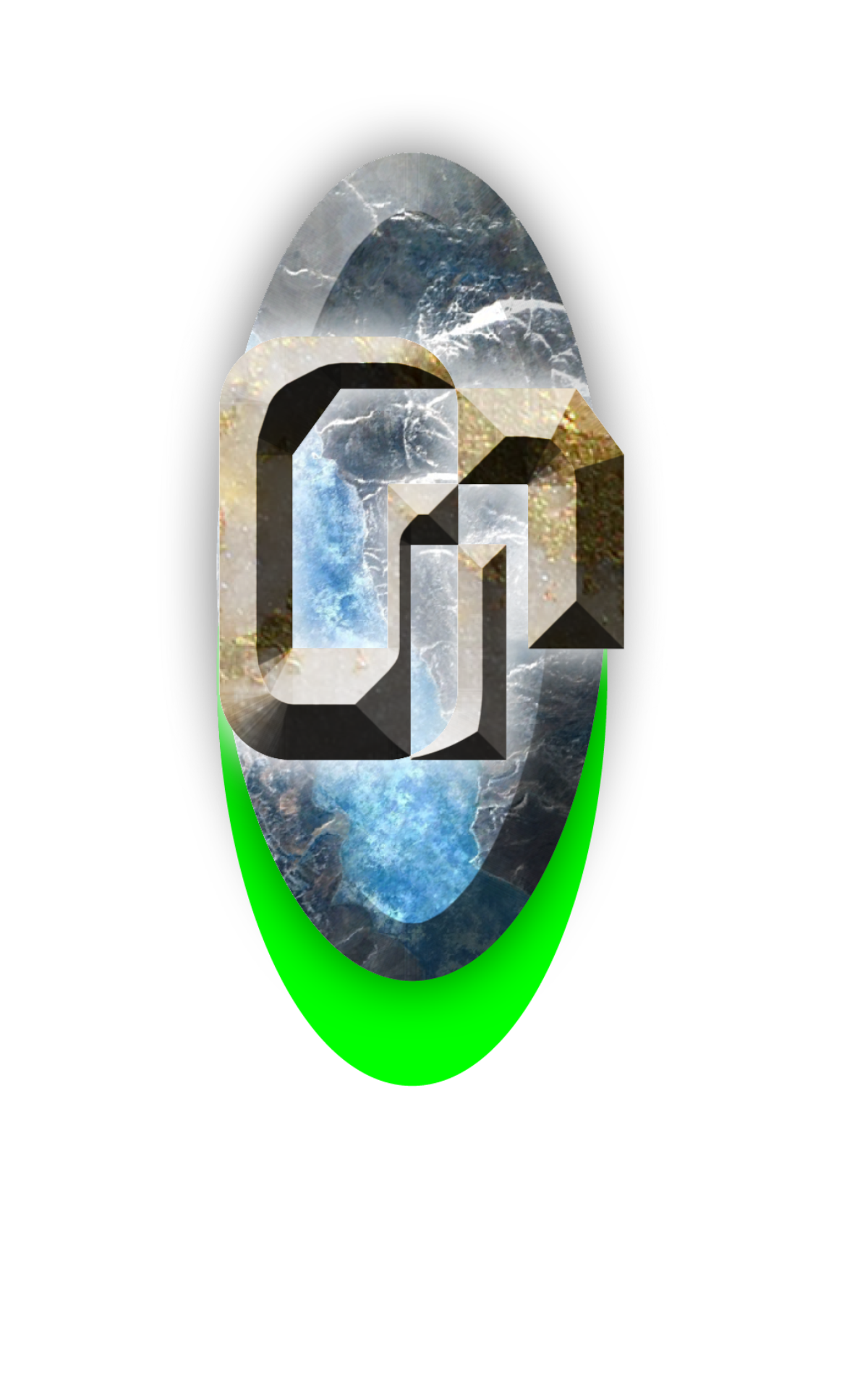 First, I believe that reclaiming the foreign territories of world-in-itself is presently our most pivotal philosophical task, since we are strongly confronted with objective reality which is independent of human perception in the wake of an ecological emergency. For this reason, one should prepare the theoretical grounds for updating aesthetics to the settings of the Anthropocene, since building uneven connections between humanity and the rest of the world increasingly appears as the necessary presupposition of the continuing existence of humans as a species capable of producing art and aesthetic theories, among other things. I am therefore interested in uncovering the potential of SR regarding the development of an aesthetics that genuinely takes non-humans into account, and so contributes to broader social, political and cultural processes between us and them. Moreover, SR most probably represents a progressive elaboration of Gilles Deleuze and F.lix Guattari’s geophilosophy or Bruno Latour’s actor-network theory, both of which list the environmental catastrophe among their primary philosophical motivations.@@6

Second, I believe humans are increasingly confronted with the real possibility of producing weak AI technologies, @@7 which are able to independently invent and update their processing algorithms, learn and execute complex tasks and comprehend reality in a much more nuanced and structured manner. To use Deleuze’s term, the becoming of an AI can be seen as congruent with the emergence of human rationality, where originally exterior principles are invested in some entity that consequently adopts these principles and begins to creatively produce, reproduce and innovate them.@@8 At the end of this genesis, AI faces its inventors as an autonomous entity and conducts operations which are conceived as being led by definite yet opaque principles (e.g., self-produced complex algorithms or internal languages).@@9 Such principles can be then comprehended allusively in an aesthetic experience, as far as the direct cognitive comprehension is blocked by their relative nontransparency.@@10 The possibility of such an aesthetic access to machine thinking is important, since we will probably need to negotiate new common (geo)political coordinates with AI technologies.@@11

Before the paper proceeds to the main argument, let me make two brief conceptual clarifications. Rationality is understood here as a distinct mode of composition. It corresponds to what Kant terms reason: the ability to construct principles.@@12 Nevertheless, this faculty has its own predefined architecture, which consists of a priori forms of sensibility and understanding.@@13 The ability to construct principles is not unlimited; it is governed by its internal structure, and as such it delineates a range of possible compositions, This paper extends rationality to all possible entities, a shift deemed adequate for reasons that will be unveiled in the course of the following argument. Fundamentally, human rationality will be analysed as the outcome of evolutionary processes exterior to subjectivity, a crossroads of alien principles of associations embedded in the human mind.

Second, ontology (or metaphysics) is understood here as the research into basic realities which constitute the units of scientific analysis. Hence a study of the nature of objects or a theory of substance fall within its scope. The point of ontology is to establish an object-base – a list of entities and features which then can be assembled into higher-level complex structures. This approach to ontology is historically represented in analytic and post-analytic metaphysics, but also in post-structuralist accounts.@@14 Aesthetics always adopts some ontological framework in order to give a comprehensive account of the matter in question, i.e. the principles of composition (as defined in Section 3). For this reason, aesthetics is distinct from ontology – as any other discipline – though its findings depend on a preferred ontological framework.

The paper will start with Meillassoux’s philosophy, focusing on his treatment of contingency and the principle of unreason, in order to establish the groundings on which it is possible to envision xenorationality as a legitimate philosophical concept. The following section will introduce Steven Shaviro’s and Whitehead’s understanding of aesthetics. Further, it will be argued that in the aesthetic experience one can notice the genetics of xenorationality, the process during which formerly alien principles of composition are inserted in an emerging human subject.

Finally, the developed analytical toolbox will be employed to examine manifestations of xenorationality, in relation to the practice of cognitive mapping and visualization of complex entities.@@15 The main example will be the potency of (presumably weak) AI machines to harbour their own, independent form of assembling within, accommodating to and relating towards the external reality. A similar conceptual framework will be applied with regard to planetary ecosystem processes. The aim of the paper is to show how the conceptual apparatus of aesthetics may be enriched by the idea of xenorationality.

In his much-appreciated monography After Finitude, the French philosopher Quentin Meillassoux provides a sound argument against correlationism by way of stretching its principles to their upper limits. Kant denies that we can have any genuine knowledge of the thing-in-itself, that is, of external reality, or – as Meillassoux would put it – the absolute, without it having been always already thought or perceived. eillassoux, however, argues that there is more to be said about the thing-in-itself through speculative thinking. In his account, speculative thinking includes “every type of thinking that claims to be able to access some form of absolute”.@@16 What Kantian philosophy actually rules out is only the metaphysical, dogmatic access to the absolute,@@17 but not the kind of access to the absolute which would cease to rely on the cornerstone of metaphysics, which Meillassoux identifies as the principle of sufficient reason.@@18 Hence his task is to show how speculative yet non-metaphysical thinking is possible.

Meillassoux’s epistemological strategy is foundationalist, but he does not rely on internal principles of subjective cognition. On the contrary, he regards exteriority as the foundation of our cognitive pre-structuration. Briefly, given that the foundation of cognition is outside the subject, the subject in his contemplation about objective reality can align with these exterior principles and it can gain legitimate, speculative access to the understanding of external reality, that is to “the great outdoors, the absolute outside of pre-critical thinkers”.@@19